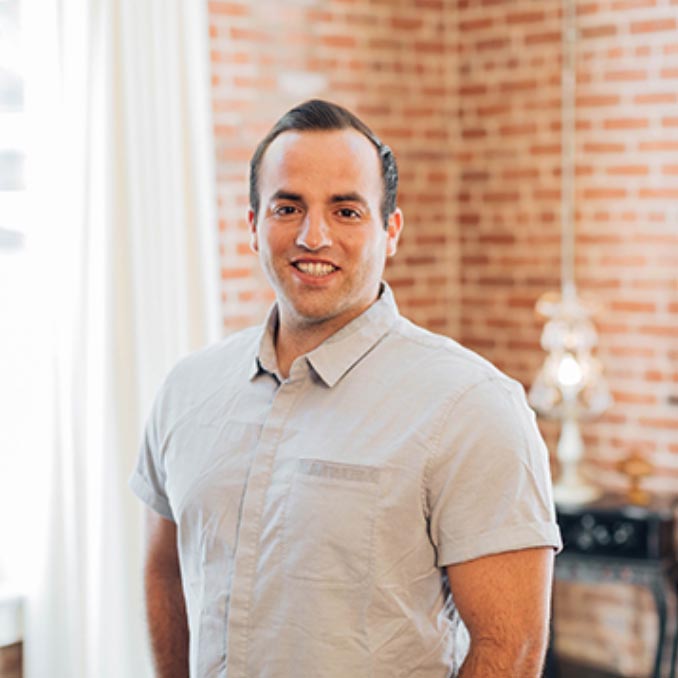 Armand, the son of Jay’s Catering’s CEO, Linda Loaeza, and the grandson of Jay’s founders, was born and raised in Orange County, California. At his start, he accepted a Graphic Designer position at Jay’s right out of college, committing his focus and energy to the family business. Since then, Armand has served in virtually every capacity at Jay’s, and after years of dedication, he was promoted to Chief Operating Officer accomplishing the opening of both Ellie’s Table café locations and transitioning Jay’s into a well sought-after venue powerhouse. Armand has continuously taken a hands-on approach to Jay’s marketing, design, and branding. He thrives on leading operations, creating efficiencies, and building the team. From start to finish, Armand ensures that Jay’s Catering delivers the same incomparable cuisine and customer service that his grandparents made famous some 50 years ago, and he is proud to carry on the tradition and expand it into the café and venue realm.

Recently, Armand has completed Jay’s Catering’s most talked about venue project, Grand Gimeno. Located in Old Towne Orange, Grand Gimeno was once an old YMCA. With high ambitions and a go-getter attitude, Armand led the reconstruction and renovation head-on to transform this old building into a Spanish Revival masterpiece garnering praise and popularity from industry professionals and clients alike. From conception to implementation, Armand has spearheaded the venue’s success working closely with interior designers, contractors, and more bringing luxury and hospitality to the Orange Circle.

Currently, Armand is working on updating Jay’s Catering’s newest venue, Serra Plaza, located in San Juan Capistrano. He continues to seek out buildings and other unique venues that will serve as places of gathering for the community of Southern California and beyond.