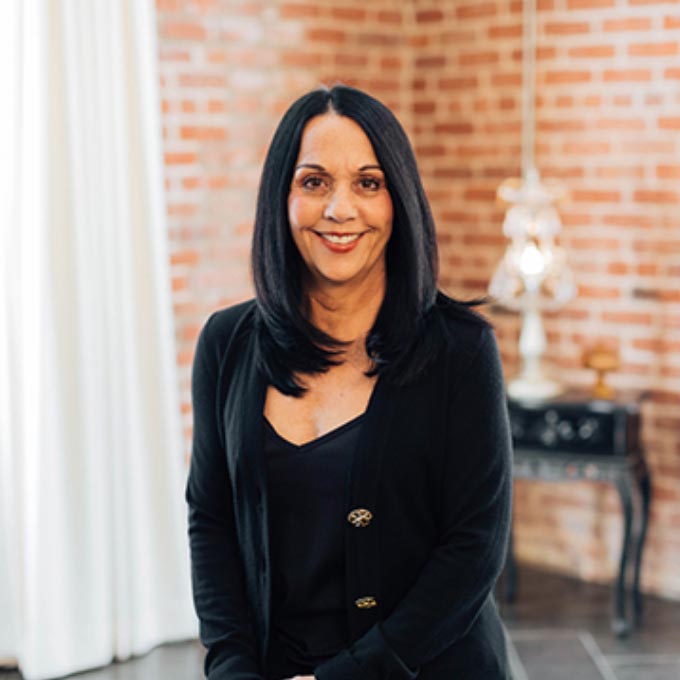 Linda was born in Pennsylvania and moved to Orange County at the age of 5. As the daughter of our founders, Jay and Eleanor Mastroianni, she has worked in the company for over 40 years. Jay Mastroianni instilled a strong work ethic in Linda. From the time she was a child, she helped her parents with their then-fledgling catering business by making Palm sandwiches and deliveries. As she matured, Linda progressively took on more responsibilities at Jay’s and, in 1994, officially became our CEO.

Since then, Jay’s growth has taken off. Her leadership has expanded the company, creating jobs for more than 200 employees. Linda is responsible for major innovations in the business. Under her direction, Jay’s Catering has become a multimillion dollar empire. Technological enhancements, use of environmentally-sound equipment, the development of rental inventory, remodeling of the company headquarters, and partnership with some of the most coveted venues in the region—these are just some of her main accomplishments.

Driven, dedicated, and passionate about the company, Linda doesn’t believe in a managerial hierarchy. She believes in a team-style of management, which allows her to make key decisions while still receiving input from her staff. For Linda, the people make the company because they support her in upholding the values under which her father originally operated Jay’s. For this reason, Linda’s primary source of professional joy comes from building Jay’s team by selecting the right people for the job—not just filling positions. Her strength lies in directing behind the scenes since she is a problem-solver who likes to get things done right the first time. Linda is known for the strong sense of loyalty that she inspires in her team members, as she works diligently alongside each of them to continue Jay’s success in the industry.